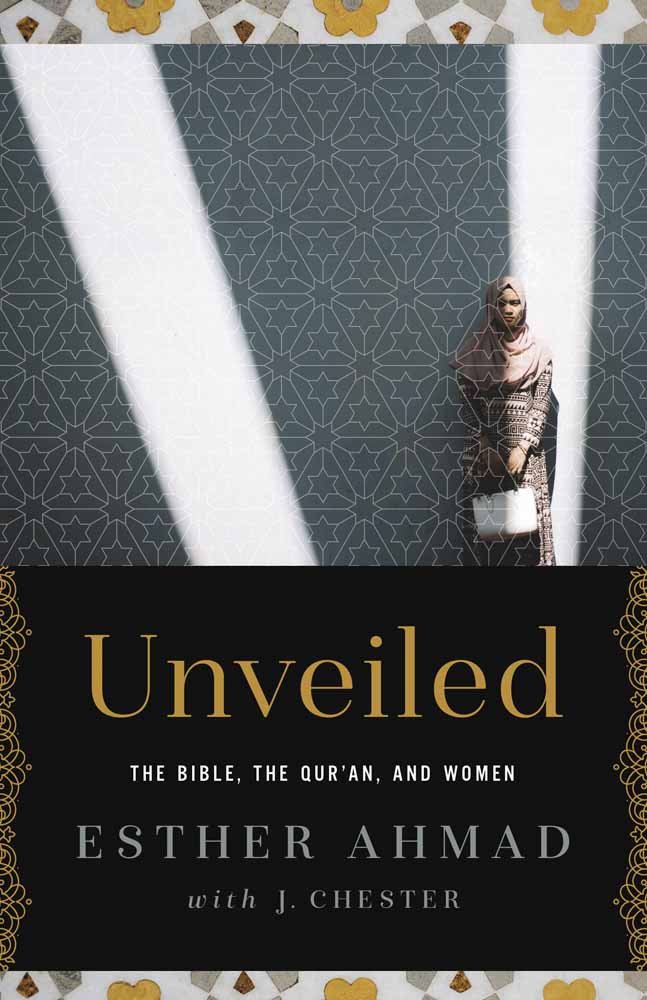 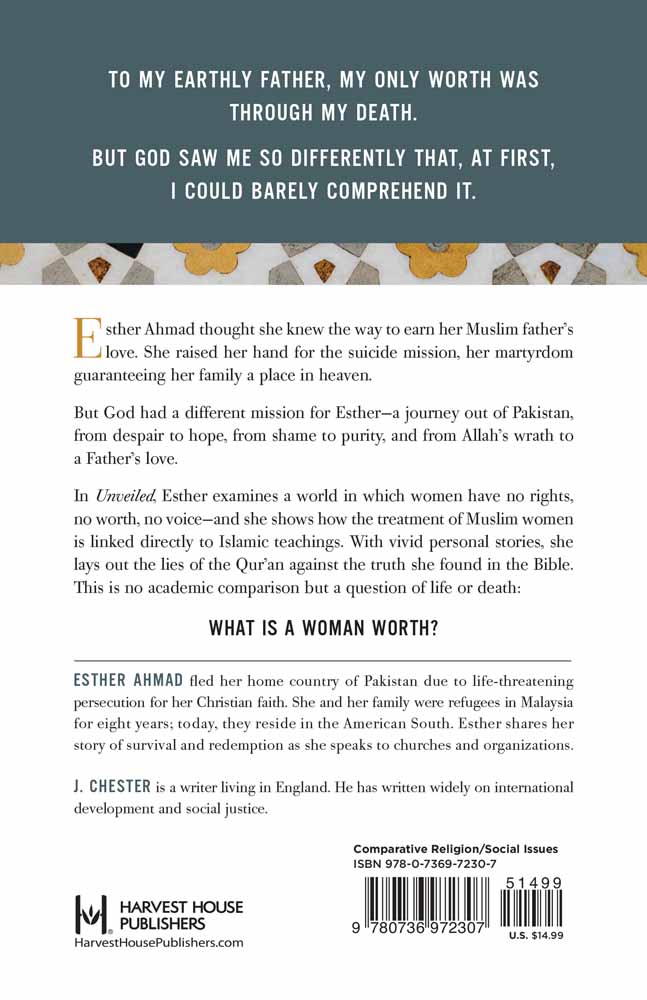 The Bible, The Qur’an, and Women

To my earthly father, my only worth was through my death.
But God saw me so differently that, at first, I could barely comprehend it.

Esther Ahmad thought she knew the way to earn her Muslim father’s love. She raised her hand for the suicide mission, her martyrdom guaranteeing her family a place in heaven.

But God had a different mission for Esther—a journey out of Pakistan, from despair to hope, from shame to purity, and from Allah’s wrath to a Father’s love.

In Unveiled, Esther examines a world in which women have no rights, no worth, no voice, and she shows how the treatment of Muslim women is linked directly to Islamic teachings. With vivid personal stories, she lays out the lies of the Qur’an against the truth she found in the Bible. This is no academic comparison but a question of life or death: What is a woman worth?

Esther Ahmad fled her home country of Pakistan due to life-threatening persecution for her Christian faith. She and her family were refugees in Malaysia for eight years; today, they reside in the American South. Esther shares her story of survival and redemption as she speaks to churches and organizations.