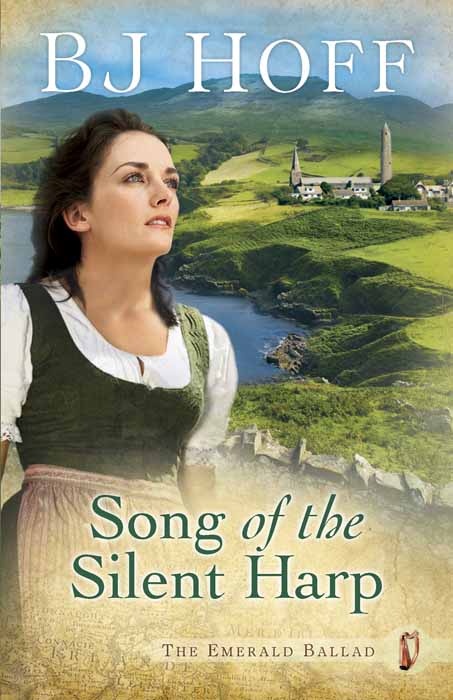 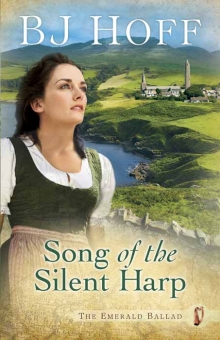 Song of the Silent Harp, Book One of BJ Hoff’s acclaimed and bestselling Emerald Ballad series begins the five-book saga of three friends raised in a tiny Irish village devastated by the Potato Famine of the mid-1800s, as they struggle to survive and hold onto their faith during Ireland’s darkest days…

Nora Kavanagh has lost her husband and young daughter, and now lives in fear of losing her home. She and her young son, Daniel, have only one hope for survival, the poet/patriot—and love of Nora’s youth—Morgan Fitzgerald. But his dangerous involvement with a band of Irish rebels keeps him in constant danger and puts the possibility of a future for him and those he loves in jeopardy.

Michael Burke, a close childhood friend of both Nora and Morgan, left his homeland for America and is now a New York City policeman. A widower with a difficult, rebellious son, he still remembers Nora with love and fondness and wants nothing more than to help her escape the cataclysmic famine and build a new life…with him.

This panoramic epic of love and faith and adventure spans an ocean to follow three of BJ Hoff’s most memorable characters in their quest for survival and courage and hope. 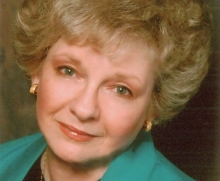 “A riveting story, with realistic Irish characters and lots of hardships make this a fascinating historical read.”
—CBA Retailers + Resources

“The author has a way of drawing the reader into each of the main characters…I was pleasantly surprised that this book was far better than I expected it to be and I am looking forward to reading the next book in the series.”
—Moments-Of-Beauty.blogspot.com

“The struggle to survive, against impossible odds, will touch your heart. After reading The Song of the Silent Harp you will be forever changed.”
—TheReadersCove.blogspot.com

“Though I read through this Emerald Ballad Series several years ago, I am excited to do it again! There are very few books that I will pick up a second time. BJ's books are always worth a second read! Through her writing, I am transported back in time both historically and in remembrance of places that I have been and loved. Her words and application of Biblical principles and truths through fictional characters are encouraging, uplifting and so believable.”
—Kami L. Mead