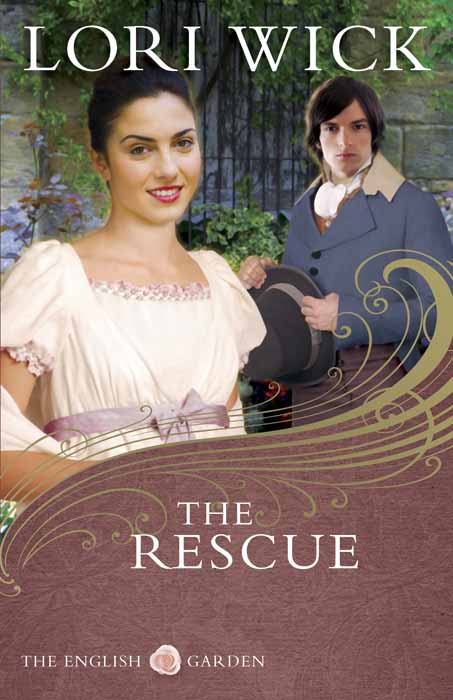 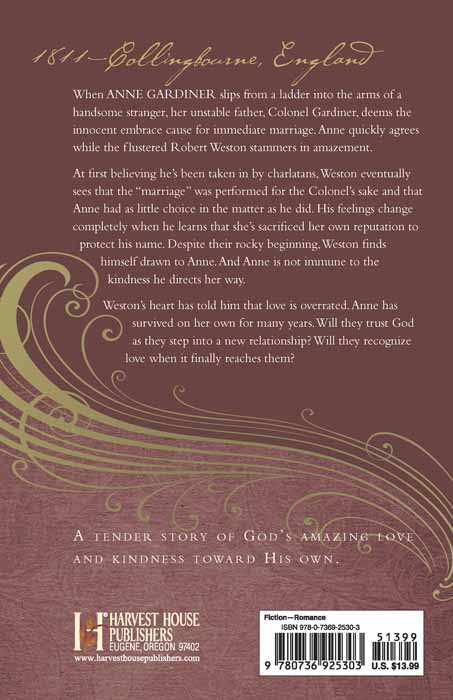 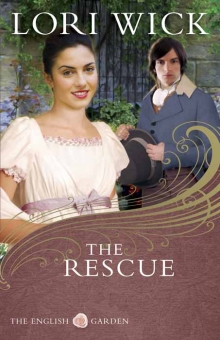 Lori Wick’s bestselling English Garden series (more than 720,000 copies sold) is filled with engaging characters and stories. Now with fresh, new covers, each of the four books in the series will hold a favorite spot on the nightstand or bookshelf of any reader who loves a great romance.

The Rescue, book two in the series, is set in 1811 England. When Anne Gardiner slips from a ladder into the arms of a stranger, her father, Colonel Gardiner, deems the innocent embrace cause for immediate marriage.

Weston eventually sees that the “marriage” was performed for the Colonel’s sake and that Anne had no choice. When he learns that she’s sacrificed her own reputation to protect his name, Weston finds himself drawn to Anne.

But will these two guarded people give love a chance? And can they trust God enough to step into a new, real relationship?

"Sometimes I have days that don't go well for me.  Things seem to go wrong all at the same time.  For Anne Gardiner, this describes her life.  Born to a life of privilege, she has anything but that.  She's chosen, however, to trust God because He's the only thing truly trustworthy in her life.  She doesn't see what's coming, she has no idea what happiness awaits her, and she just keeps on trusting God for each day.  I have much I could learn from her."
—Lori Wick, Author of The Rescue

"The strength of the series lies in the manner in which Wick artfully presents the reality of needing a relationship with Christ. This uncompromising view has characters grappling with their own feelings, in light of the gospel."
—Christian Library Journal