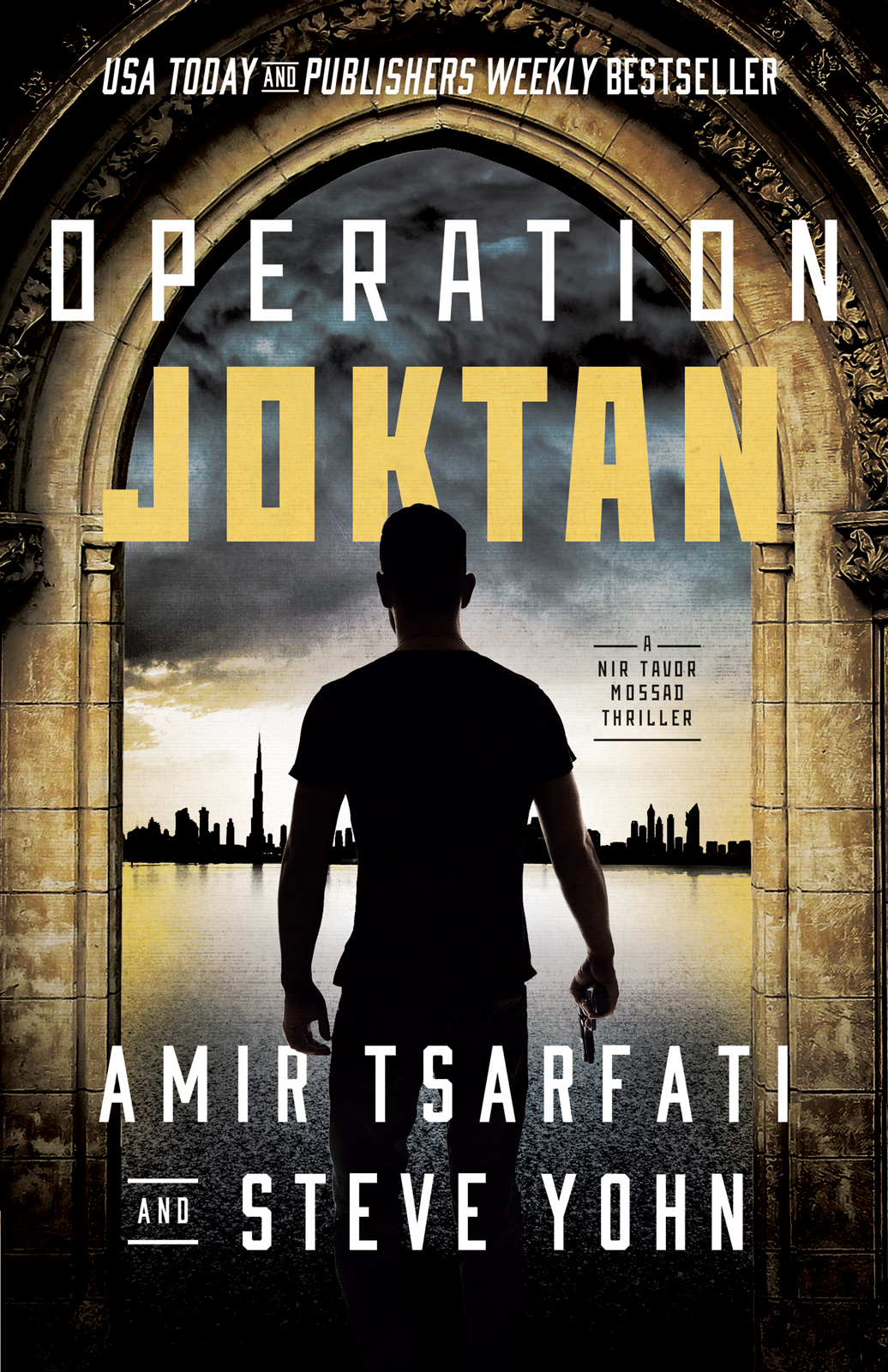 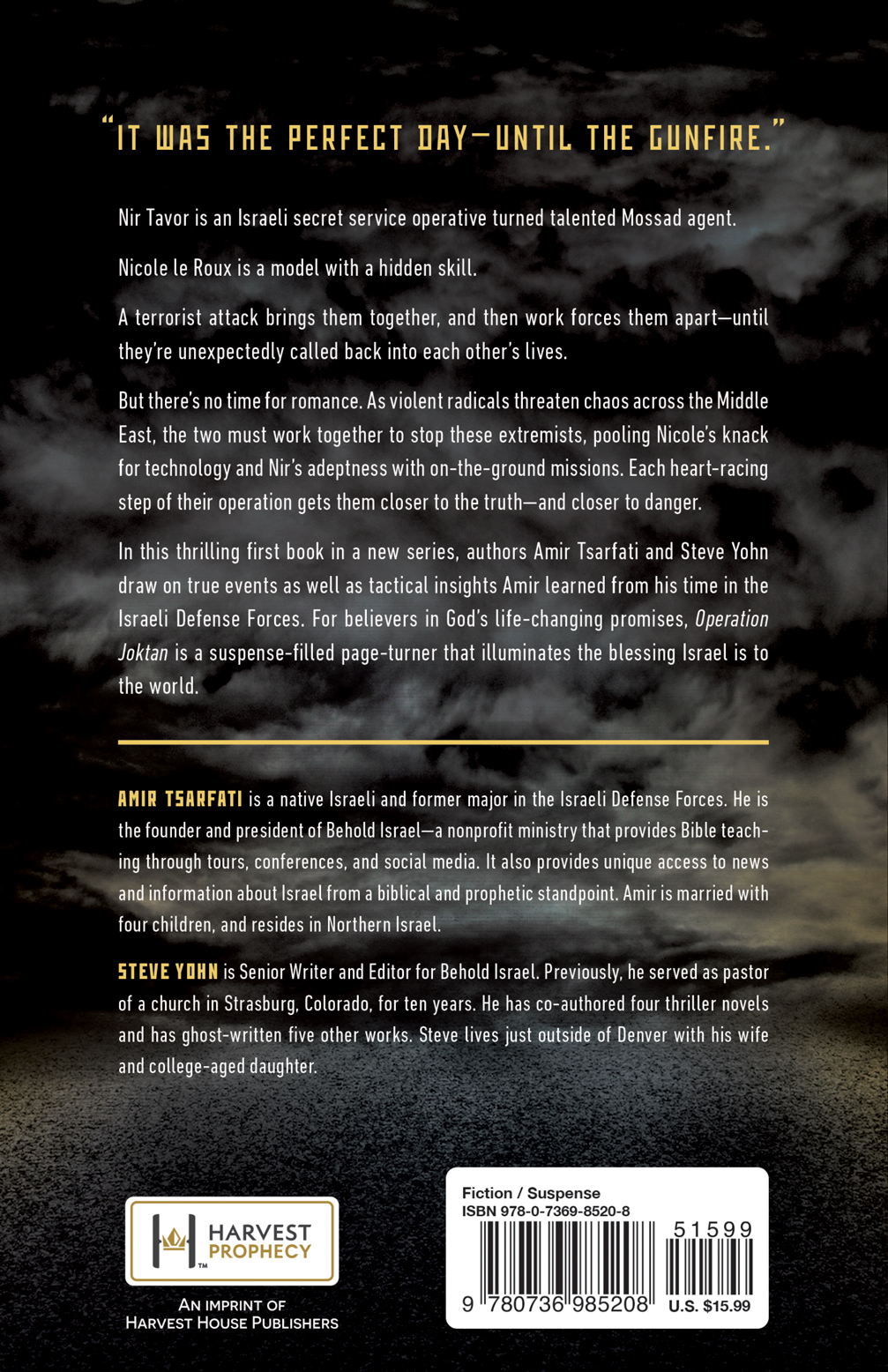 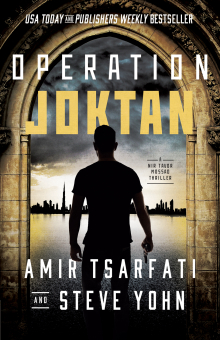 In present-day Israel, Mossad intelligence catches word that a foreign militia is planning a drone strike on Burj Khalifa, the tallest building in the world. Nir Tavor, an Israeli secret service member turned Mossad agent, has noticed an increasing number of Arab nations being targeted by radicals in the lead-up to the Abraham Accords.

Reteaming with Nicole le Roux, a fellow agent and former flame, Nir is prepared to do everything he can to stop this attack. Yet Nicole has reentered his life as a changed woman with a newfound peace. As they work together to stop the radicals using a combination of cutting-edge technology and on-the-ground manpower, Nir grows increasingly captivated by the hope that has transformed Nicole since they were last together.

Authors Amir Tsarfati and Steve Yohn draw on true events as well as political and tactical insights Amir learned from his time in the Israeli Defense Forces. For believers in God’s life-changing promises, Operation Joktan is a suspense-filled page-turner that illuminates the blessing Israel can be to the world. 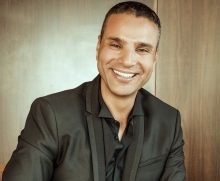 Amir Tsarfati a native Israeli and former Major in the Israeli Defense Forces. He is the founder and President of Behold Israel—a nonprofit ministry providing access to news and information about Israel from a biblical and prophetic standpoint. Amir is married and has four children, and resides in Northern Israel.