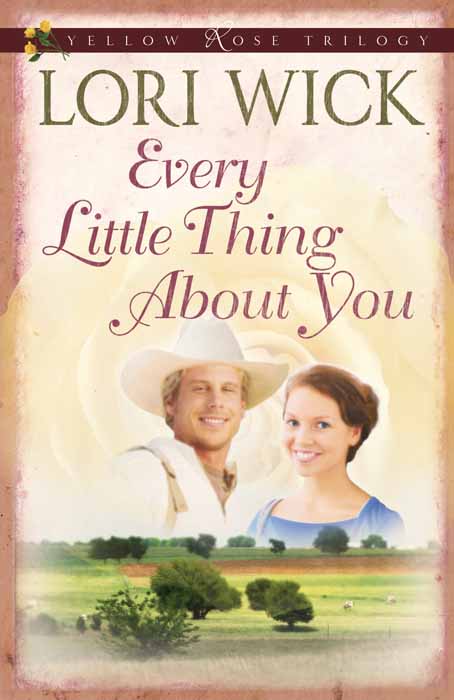 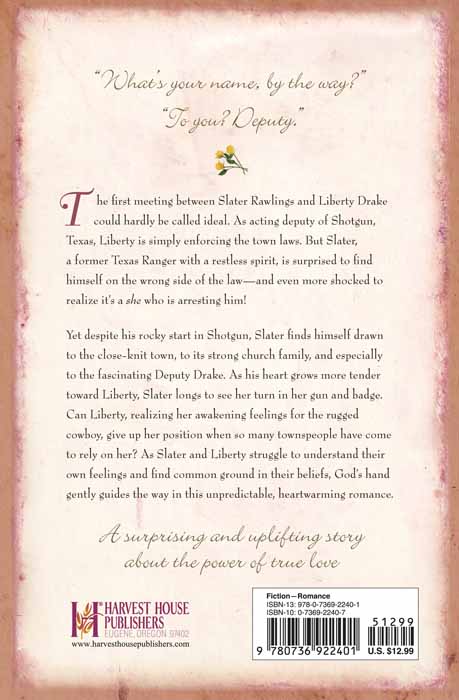 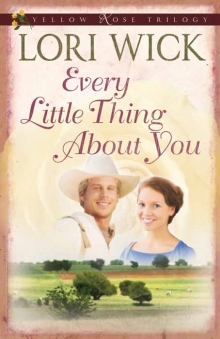 Every Little Thing About You

The first meeting between Slater Rawlings and Liberty Drake could hardly be called ideal. As acting deputy of Shotgun, Texas, Liberty is simply enforcing the town laws. But Slater, a former Texas Ranger with a restless spirit,  is surprised to find himself on the wrong side of the law—and even more shocked to realize it’s a she who is arresting him!

Yet Slater finds himself drawn to the close-knit town, to its strong church family, and especially to the fascinating Deputy Drake. As his heart grows tender toward Liberty, Slater longs to see her turn in her badge. Can Liberty, realizing her awakening feelings for the rugged cowboy, give up her position when so many townspeople have come to rely on her? As Slater and Liberty struggle to understand their own feelings and find common ground in their beliefs, God’s hand gently guides the way in this heartwarming romance.

About This Series: Grab your hat and horse and head to the Lone Star state in the pages of the popular Yellow Rose Trilogy (nearly 500,000 sold)! Lori’s engaging characters, heartwarming romances,  and inspirational truths team with fresh new covers to please fans and win new readers everywhere.

"Slater Rawlings rides into Shotgun, Texas, and the first person he confronts is the deputy sheriff, who demands he turn over his gun.  That wouldn't be so bad except Liberty Drake is the prettiest little gal he's ever seen.  A solitary man, Slater discovers God, a church family, and the love of his life in this small western town.  But it's not easy going.  As he begins to discover his love for Liberty he also wants to protect her from the dangers of her job.  Liberty's as strong-willed as any woman libber of the 1990's and figures she can handle it on her own.

Lori Wick has given us a heroine we'll applaud in her eighteenth book for Harvest House Publishers.  Every Little Thing About You is the first book in Wick's new, 'The Yellow Rose Trilogy' series.  This is a good western tale with more romance than you'll find in L'Amour and more in depth characters than you'll find in almost any western.  The theme of strong family values and how they influence choices runs throughout the book."
—Christian Library Journal