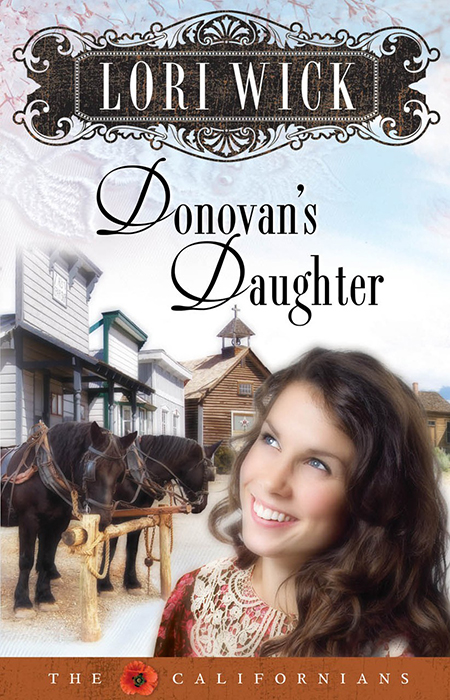 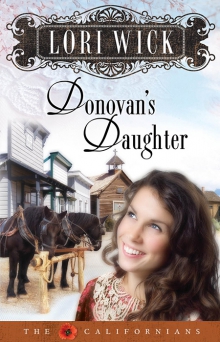 When an angry snowstorm forces Marcail Donovan to seek shelter for the night at the town doctor’s house, the pretty new schoolteacher is thrust into a scandal that threatens her career. The unfortunate but innocent circumstances bring harsh condemnation to Marcail, but the compassionate bachelor doctor offers her a way to remain the town’s teacher. Now she must face an inner turmoil worse than any storm.

Is Donovan’s Daughter willing to give up her own dreams to bring God’s love to the children she teaches?

"This conclusion to 'The Californians' series may be the best yet.  It revolves around Marcail Donovan, younger sister of Kaitlan Riggs, from As Time Goes By, and Sean Donovan, featured in the previous book by the same name.  Marcail, now 19, has just taken her first teaching position in Willits, California, but not without some concern.  Willits' school board has some very strict rules.  She discovers soon after her arrival that Mrs. Cordelia Duckworth, an elderly widow, not only owns half the town, is on the school board, and rules with an iron hand.  Marcail loves her teaching position with the exception of one little boy, Sydney Duckworth, the 11-year-old grandson of Cordelia.  Then another problem arises.  Because of her mother's early death from tuberculosis and the doctor's involvement in the diagnosis, Marcail is terrified of doctors.  When Dr. Alex Montgomery, a young widower, tries to be helpful she quickly backs off.  A sudden snowstorm in which Marcail finds herself lost changes all this.  This second series ends with the reader wanting more to follow.  A historical romance that is captivating and presents Christian morals in a positive manner."
—Librarians World

"If you are a fan of Lori Wick, you will enjoy this concluding book to The Californians series. It is the typical heartwarming and touching work we have come to expect from the popular author of Christian romance."
—ReaderViews.com