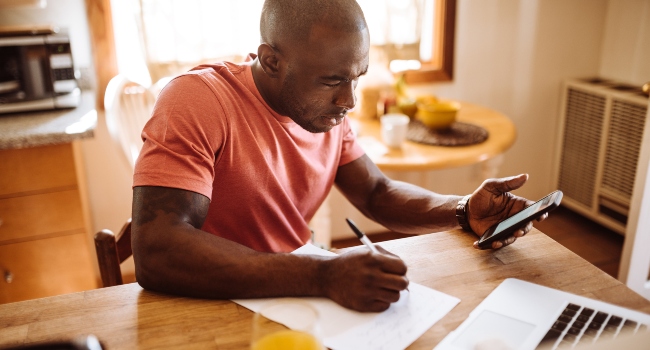 In 1977, I graduated with a master’s degree in education from Kansas State University. I immediately secured a job as a teacher and coach at a large high school outside Kansas City. I was making a whopping $750 per month. That’s right...$9,000 annually.

Over the next couple of years, my income went up, and I received a coaching stipend that took me to $15,000 per year. This amount was my salary when I began working with Ron Blue in the mission to help Christians plan and manage their finances so they would have more to give away, which I have been a part of since 1980.

Why do I share this story? Early in my career, I met a man making $600,000 per year—forty times what I was making at the time. The only problem was that he was spending $700,000. I remember walking into our apartment when I got home and putting my arm around my wife, saying, “Honey, the key to financial freedom is not how much you make but spending less than you make.”

I know what you are thinking. If you made $600,000 per year, then there is no way you would overspend. I remember thinking the same thing. Julie and I were on a tight budget; it was tough to make sure we did not overspend, and we had to do without some things. My initial thought was that surely this man had it made. How could you not spend less than you made if you made a lot of money?

Unfortunately, a universal principle I have found to be true is that if you don’t learn to live within your income at your current level, then typically, you will overspend as your income increases. For instance, this man spent $700,000 because he had grown accustomed to an expensive lifestyle. His cash flow hid the fact that he had negative savings, and as a result, he scrambled to pay his taxes each year and found financial freedom elusive.

What I learned early on as I advised people on finances is that if they spent less than they made, then it helped them learn to be satisfied with what they had. A satisfied mind is a mind at rest.

It is content and at peace without craving for more.

It is realizing that whatever you make is enough.

It is deciding that whatever your income is and wherever you are on your financial journey, you will choose, as the apostle Paul did, to be content whether you have much or little (Philippians 4:11-12).

We should not be surprised at this fact. God promises to meet our needs in Philippians 4:19: “And my God will supply all your needs according to His riches in glory in Christ Jesus.”

If you’re struggling financially, it’s never too late to start spending less than you make and begin taking the path that leads to financial peace of mind. 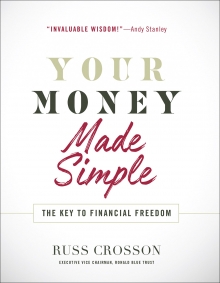 Read more in Your Money Made Simple by Russ Crosson